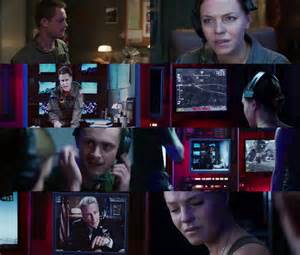 I was intrigued by the movie Drones (2013) immediately upon seeing the trailer a couple of years ago—before they had found a distributor. This past week, I learned that the film was indeed distributed and is now available on Netflix, so I watched it. Twice. I decided to watch the movie twice because I was trying to figure out why the viewer ratings were so low, both at Netflix and at IMDB.com.

Having spent nearly two years on We Kill Because We Can: From Soldiering to Assassination in the Drone Age, which focuses specifically on the morality of drone killing, it is perhaps unsurprising that I of all people should find the plot of Drones to be gripping and suspenseful and highly thought-provoking. I suspect that it was the latter, the intellectual quality of Drones, which made the production so unpopular among viewers at Netflix, who have saddled it with a composite 1.2 star rating out of 5. No doubt many action flick buffs flocked to see it—before it was panned.

In truth, prospective viewers were completely misled by the cover used to market the film and which is now displayed wherever it is available—including Netflix. The image has absolutely nothing to do with the substance of the film and might even constitute an instance of false advertising:

Seeing that image, one would naturally surmise that the movie fits into the familiar action-adventure genre, which sets up certain expectations. Lots of testosterone and homicide and large metal structures exploding all over the place, to name a few. Judging from the cover image alone, one would with good reason be expecting something more akin to the Terminator movie series than a play à la Eugene Ionesco, which is what Drones really is. It’s a piece of absurdist theater. The irrelevant marketing image does this creation a double disservice, by luring in viewers looking for something else, while deterring amateurs of dramatic art who might well find value in it.

Drones does not depict the kind of action which the action-adventure crowd is after, but the dramatic tension and moral suspense of the story are palpable. The primary setting, where nearly all of the drama plays out, is the inside of a trailer where two drone operators work. They step outside into the desert only briefly at a couple of points, where the characters are illuminated, first, by the blazing sun and, later, by the headlights of military vehicles, which drive them back inside. (In both cases, Plato’s Allegory of the Cave comes to mind.)

The story could easily be acted out on the stage of a theater, and would no doubt have a much better reception there. The two main protagonists are a seasoned airman, Jack Bowles, and a lieutenant on her first day of drone warfare duty, Sue Lawson. An accomplished female boxer, Lawson holds a college degree and outranks the airman, in addition to being the daughter of a general. Added to that, she lost both her mother and brother in the September 11, 2001, attacks. It’s not clear exactly how that happened, but the implication is that they died in the World Trade Center.

All of these various features complicate the female protagonist’s role in the story, providing the opportunity to consider a range of issues which arise in the modern military more generally with the admission of female troops and transformations brought about by unmanned aerial systems. The film focuses on the many questions of not only ethics but also basic epistemology which arise each time a new recruit agrees to “light up” people designated as “evil terrorists” and fair game for annihilation according to persons higher up in the “kill chain”.

The production has its flaws, some of which are bound to annoy even thoughtful viewers. A couple of examples are the overdone facial expressions of the female sensor operator, who expresses shock and dismay at the prospect of labeling people who are obviously civilians as “possible enemy combatants”. She also is unfamiliar with the term squirter, which any person who had gone through a full training program surely would know. Of course, the point is to define the term for viewers, many of whom will know nothing about the use of lethal drones beyond what they have seen reported in mainstream media outlets, which uncritically parrot the government’s anodyne version of what transpires when operators “drop iron”, as they put it in Drones.

In reality, most new female drone operators are probably a lot closer to the uncritical “Sparkle” than to the female protagonist depicted in Drones. But how could the director have made so many points about morality using characters devoid of any capacity to engage critically with what they are doing? Most current drone operators probably do not raise questions about their vocation as professional killers who eliminate their fellow human beings on the basis of intelligence to which they are not privy. The ones who do raise questions end up standing down, sooner or later…

Despite the occasional elements of implausibility and exaggeration, Drones does a superlative job of illuminating how nearly every link of the “kill chain” leaves open the possibility of error. Director Rosenthal underscores that the consequences of those errors are tragic not only for the victims, but also for the people who kill them. The topic of drone operator PTSD is explicitly treated, as the airman relays the story of one of his former comrades who one night after work went out for their customary drinking binge but then proceeded to drive his truck off a cliff.

How do drone operators reconcile the inevitability of collateral damage when they launch their weapons, knowing that their own lives are not in any immediate danger? Is it true that nailing an allegedly high value target (HVT) is worth the sacrifice of his entire family, even when they may know nothing about his association with terrorist networks?

The primary argument presented to the skeptical operator in Drones is that the HVTs will bring about another 9/11 if they are not stopped. When this is how the issue is framed, then it may seem difficult or even impossible to resist orders to kill. That superior officers are often career-driven, aspirational human beings concerned to please politicians is a point repeatedly (and a bit heavy-handedly…) made throughout this film. Should a young soldier trust such people in deciding whether or not to commit homicide when his own life is not on the line?

It would have been difficult to raise so many questions in a film spanning only 1 hour and 19 minutes without a bit of histrionic hyperbole. On the other hand, making the film any longer would have pushed some viewers’ patience to its limit and may have led them to turn off the movie before it had played out. Theater audiences appreciate cerebral plays much more than the sorts of people who went to see Drones based on the cover image, as opposed to the trailer. 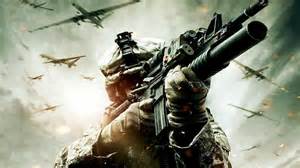 One can only wonder why such a highly unrepresentative image was selected to market this film. Could it have been because the makers of Drones wished to attract the sorts of young people who were considering careers as drone operators and hoped to warn them of the psychological and moral dangers of doing so? If so, their plan may have backfired, given the exceptionally low ratings, which are likely to drive many, if not most, viewers away.

I do hope that this play will have a run in some theater districts somewhere, for these issues need desperately to be discussed and thought about. Drones raises questions which every person involved in drone killing—whether as participant or taxpayer—needs to entertain. For that reason, I’ll refrain from revealing the plot or the dénouement. Instead, I recommend that you sit down and watch the film.

One thought on “Inside the Drone Warfare “Theater”: Drones (2013), directed by Rick Rosenthal”