It’s hard to know where to start in addressing the US government’s “Summary of Information Regarding U.S. Counterterrorism Strikes Outside Areas of Active Hostilities,” released on Friday, July 1, 2016, before the long holiday weekend, in the apparent hope that no one would read it.

Some of us did. The report claims, preposterously, that in 473 drone strikes “against terrorist targets outside of active hostilities,” a total of from 2,372 to 2,581 combatants were killed, along with from 64 to 116 noncombatants. These numbers are shockingly low, given the many detailed reports on drone killing issued by NGOs and human rights groups since 2009.

Even Senator Lindsey Graham claimed back in 2013 that drone strikes had, by then, already taken out some 4,700 “terrorists”. That’s about twice the number the administration is claiming were killed during a period of time even two years longer, from January 20, 2009, when Obama killed a slew of innocent people in Pakistan in a series of missile strikes which provoked mass protests in Islamabad (captured for posterity on film, so, no, they cannot be denied), and December 31, 2015.

Should anyone care what Lindsey Graham says? Maybe not, but given that he is a foreign policy insider, and longtime member of the Committee on Armed Services, there is some reason for believing that when he boasts that nearly 5,000 “terrorists” were killed, then at least that many suspects have certainly been slain.

One possibility for the discrepancy is that Graham was including “areas of active hostilities” along with the  places covered by the recently reported numbers. The July 1, 2016, report excludes the death tallies from Afghanistan, Iraq, and Syria, where Obama has lobbed thousands of missiles. In fact, in 2015 alone, Obama authorized more than 23,000 bombings of Muslim majority nations, which suggests that, unless the bombs are being dropped by blindfolded pilots and drone operators, at least 23,000–and likely many more–people were killed by the US government that year.

Let us set aside the somewhat disturbing discrepancies between the recently issued report and the likely death toll of Obama’s many lethal initiatives, and focus today on the simple numbers detailed in the July 1, 2016, report. I’ll follow up with everything else wrong with the report, including how it flagrantly denies what transpired in January 2009, in the series of posts to follow.

First, if the range of combatants killed is said to be greater than the total possible number of noncombatants reportedly killed, then this alone suffices to demonstrate that the latter number can only be erroneous. The reason why there is a range for combatants is because the administration does not know how many they have killed. It could be 2,372 or 2,373 or 2,374, or anywhere up to 2,581, assuming charitably that these numbers are based on some form of attempted analysis and not merely pulled out of a hat or produced using a random number generator by someone in the public relations wing of the Pentagon or the CIA.

Suppose that the lowest number of the range of “combatants” were killed, that is, 2,372. This means that another 209 people who might have been combatants killed either were not combatants, or they were persons who were not killed at all. That’s either 209 corpses of unknown identity or 209 possible corpses. Either way, the fact that the US government does not know whether those 209 people were really killed and, if so, whether they were combatants, already reveals that the highest number of noncombatant deaths reported is false.

What the report should say, if it hopes to be taken seriously by anyone at all with even the most rudimentary understanding of arithmetic, is that between 64 and (116 + 209) = 325 noncombatants have been killed. Instead, the report pretends that the range of uncertainty on combatant deaths does not imply anything about the likely range of noncombatant deaths, when it obviously does. The reason why the government cannot decide whether 2,372 or some number up to 2,581 combatants were killed is because they were unable to confirm that the 209 people purportedly slain were in fact slain or else that they were in fact combatants.

This brings us to the next, much more serious problem, elaborated in Part 2 of How Self-Styled Drone Warrior US President Barack Obama Normalized War Crimes: “Suspects versus Combatants”. 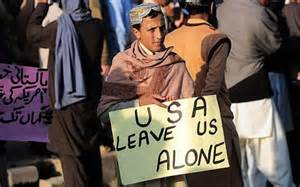