It took a long time for human societies to come up with the idea of universal human rights and the equality of persons under the law. Before 1215, monarchs could capriciously decree “Off with their heads!” and dispatch anyone with impunity. In the short term, leaders were the equivalent of terrestrial gods, acting with the divine right of kings, according to the received wisdom of the times. If mistakes were made, they would be dealt with in the afterlife.

Only in the thirteenth century did the absolute authority of the monarch begin seriously to be questioned. Admittedly, the first attempts were not driven by pure quests for morality or justice on the part of leaders themselves. The first steps taken were rather practical in nature, and there were many false starts before the notions of liberty and human dignity began to take hold. The earliest kings to begin the process of forging what would eventually come to be embraced as human rights were amenable to negotiation on contentious matters, including the meting out of justice, for the self-interested or prudential reason that they needed the cooperation of other people in order to govern their domains smoothly.

Full rights were not extended to all people everywhere for many, many centuries, but it all started with the Magna Carta and the path-breaking idea that the arbitrary justice handed down by monarchs up until that time needed to be moderated. Small concessions led to larger ones and were incorporated in the government constitutions of many Western democratic states, including the United States of America. The ideas continued to be developed and expanded until finally, in the mid-twentieth century, universal human rights were codified in the Universal Declaration of Human Rights.

In the twenty-first century, the idea of universal human rights has taken some serious hits. Ironically, it is the ultramodern technology used to annihilate persons by remote-control which has caused a regression to pre-Magna Carta times in matters of justice. George W. Bush was the first US president to dispatch persons with this technology, but he used it primarily in connection with the already waged wars in Afghanistan and Iraq. Much of the use of drones during Bush’s terms of office involved the protection of forces on the ground. Not all, however, for Bush also used drones, albeit selectively, in places such as Yemen and Pakistan, in a quest to hunt down and eliminate alleged Al Qaeda terrorists. 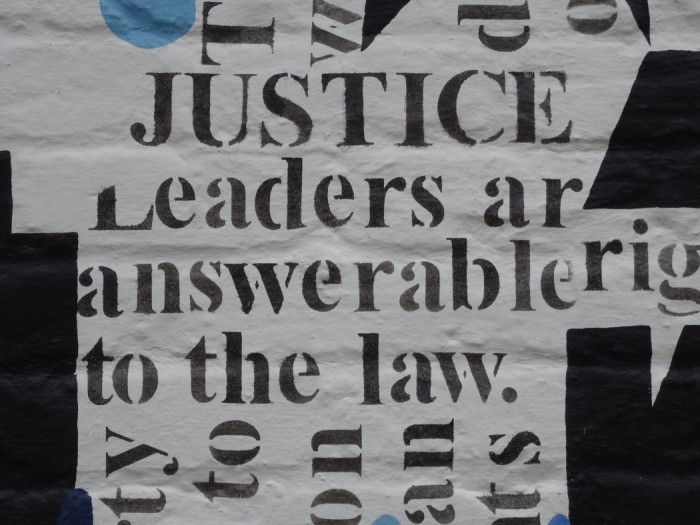 President Barack Obama deserves even more censure than Bush on the drone front, having effectively normalized the practice of assassination at a distance. Obama thought that he was being a technologically savvy “smart warrior”, but the most cursory glance at the situation in the Middle East reveals that he was sorely wrong. Much of the US populace regards Obama as a cautious warrior, because he has done most of his killing quietly and covertly, characteristically refusing to share his lethal practices and policies with the public under cover of State Secrets Privilege said to be necessitated by national security.

Obama’s decision to execute thousands of suspects without warning or trial using Predator drones is particularly disturbing in the light of the statistics on Guantánamo Bay prison, where the majority of the prisoners were discovered after years of detention to have been erroneously apprehended. The intel just wasn’t that good. Bribed informants are obviously subject to mercenary corruption, and this fact was starkly confirmed by the plight of terrorist suspects incarcerated under the authority of George W. Bush. 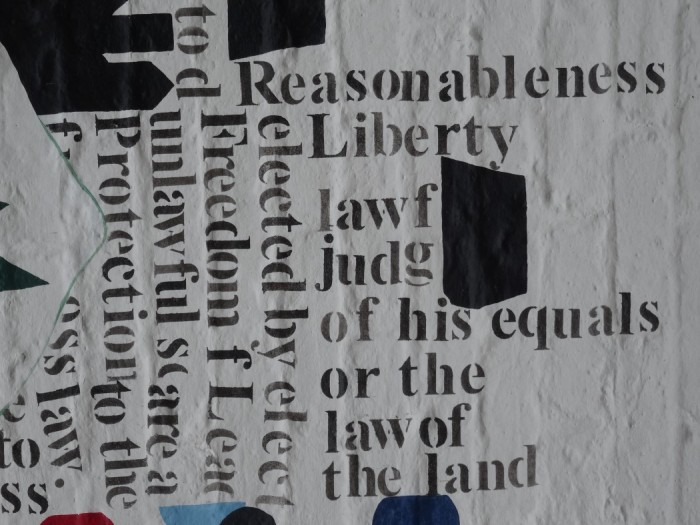 One might have hoped that this lesson would be taken to heart by the subsequent US administration, but it was not. Instead, Obama dealt with the problem of suspects by defining them as guilty until proven innocent. Sound familiar? That would be the pre-Magna Carta template of justice. The sovereign power decrees “Off with their heads!” and that is the end of their story. 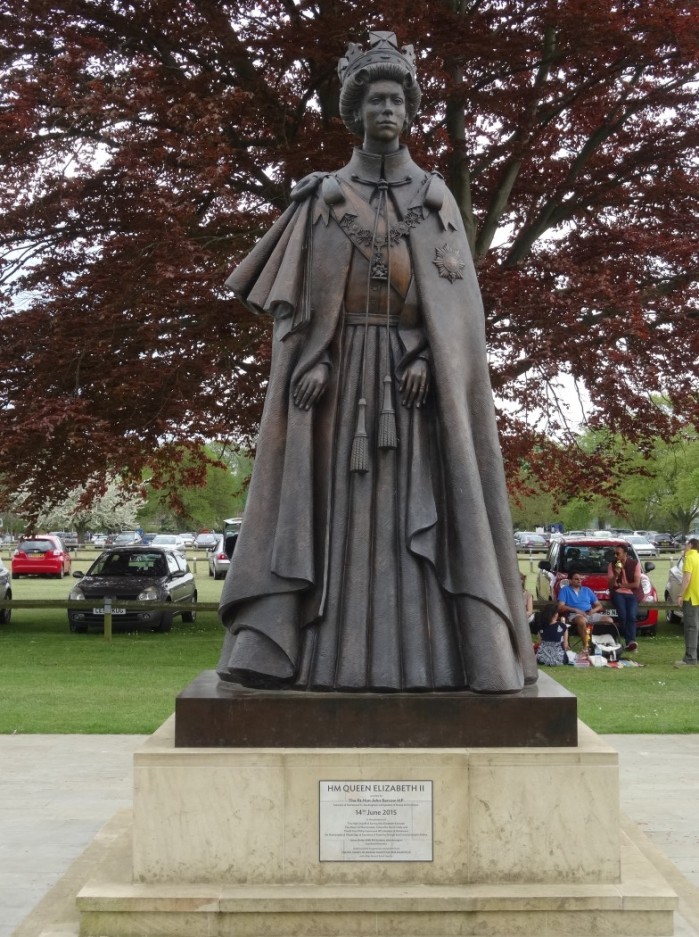 It was shocking to many people when, in 2011, Obama opted to assassinate even US citizens Anwar al-Awlaki and Samir Khan and, two weeks later, Al-Awlaki’s son, Abdulrahman, in Yemen. Unfortunately, many people wanted to give Obama the benefit of the doubt, so impeachment proceedings were never carried out. In truth, what he started is bound to grow worse under the most likely successors to the US throne. But we did not even have to wait until the end of Obama’s term to see the nefarious potential for harm set by his precedent rolling back the progress made by republican governments over hundreds of years. 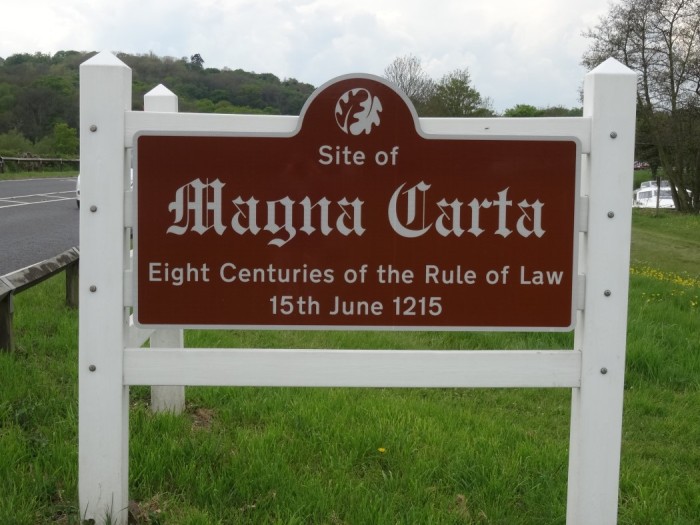 Ironically, it was during the year of the 800th anniversary of the Magna Carta, penned in Runnymede, West of London, that UK Prime Minister David Cameron decided to strap on his drone warrior holster and whack a couple of his own countrymen, Ruhal Amin and Reyaad Khan. The British Parliament had already explicitly voted against war in Syria, and yet that was precisely where Cameron carried out the assassinations using unmanned combat aerial vehicles (UCAVs), better known as “lethal drones”.

It is depressing that the tendency of people to accord Barack Obama the benefit of the doubt has ended by undoing so much good done by so many people who toiled over so many centuries to establish basic protections for all people under the law. When the leader of a nation chooses to execute his compatriots on the basis of secretive intelligence to which only he and his henchmen are privy, then it is difficult to see how this differs at all from what went on before 1215.

Every monarch throughout history who decreed “Off with their heads!” believed that he was doing the right thing. Often they felt entirely justified in what they were doing, primarily protecting their own domain and shoring up their power against threats. What reason can the US and UK governments possibly have for not observing the most basic protections guaranteed by the laws of the land, and codified in Article 11 of the Universal Declaration of Human Rights?

The claim made by Obama has always been that capture is “infeasible”, but the cases of the unarmed Osama bin Laden, who was shot and killed in cold blood, and Anwar al-Awlaki, who was released from a prison in Yemen only to be hunted down and slain, reveal that “infeasibility” has now come to mean “undesirability”. In some ways the execution of British nationals authorized by David Cameron is even more shocking, because the death penalty is prohibited under both British law and the EU Charter. (Oddly enough, Cameron himself opposes Brexit!)

Political leaders can generally be depended on to try to outdo their predecessors, just as Obama did vis-à-vis Bush on the drone front. That is precisely why the legacy of Barack Obama will be none other than the increased propensity to “strike first, suppress questions later,” to prove that whoever the new president ends up being is “tougher” on terrorism than Obama was.

Let no one be fooled by the fact that for most of his eight-year term Obama resolutely recited “no boots on the ground” in the manner of a mantra. After years of covert operations, drone strikes, and weapons provisions to “appropriately vetted moderate rebel forces”, the Middle East is a morass of lawlessness and homicide. We reap what we sow. Now even Obama has sent combat troops to most of the several lands where he has ruthlessly used drones to kill persons whose names are not even known, along with “high-value” targets who became enemies of the state only because of the US invasions of Afghanistan, Iraq, Pakistan, Somalia, Yemen, Libya, and Syria using implements of mass homicide, Special Forces, intelligence operatives, and regular combat soldiers.

The Magna Carta was the beginning of the full recognition of human liberty and dignity, and an acknowledgement that no mere mortal possesses the divine powers of omniscience. Mistakes are made. Politicians and bureaucrats are sometimes corrupt and sometimes amoral. That is precisely why we have laws to guard against the very tyranny which Obama and Cameron have chosen so myopically to embrace and hold up as an example for leaders all over the world, in both democratic and nondemocratic states.

The road to liberty and universal human rights was long and tortuous. The road to tyranny, thousands of victims have now learned at the hands of the US and UK governments, is short and direct, rather like driving down a street which terminates off the edge of a cliff. The fact that most US and UK citizens have not suffered summary execution has persuaded many to believe that nothing has really changed. In fact, everything has changed, but not in the way which any of the early supporters of Obama might have hoped.

To freely forsake one’s right to be indicted and tried for a capital crime before being annihilated by the state is a luxury enjoyed only by already free people. To condone the drone warriors’ willful denial of the historical and political significance of the Magna Carta is to prevent that same liberty from being shared by all people everywhere. 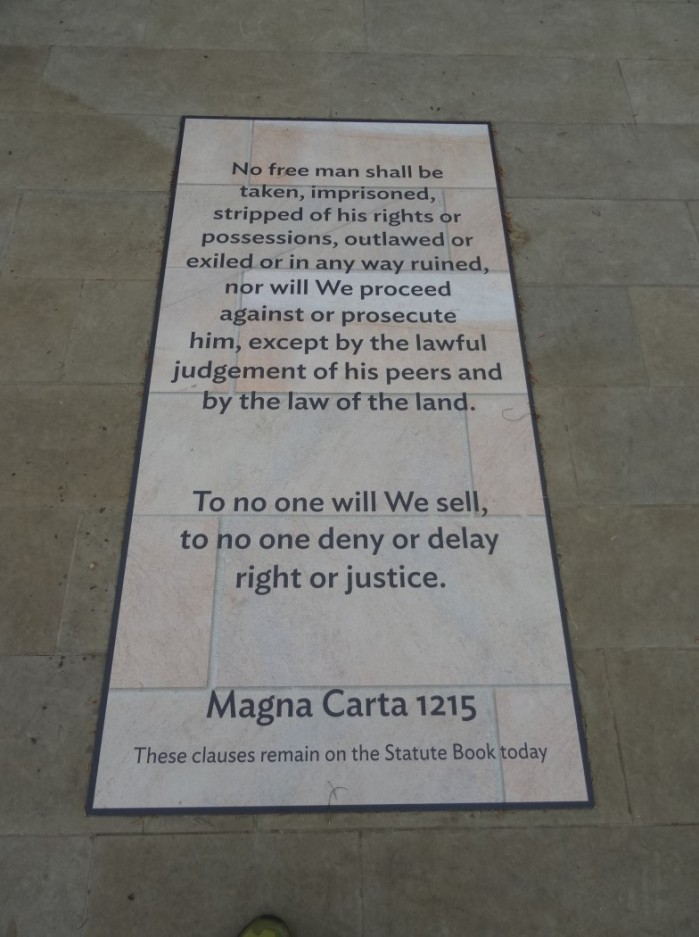 21 thoughts on “Remembering the Magna Carta”